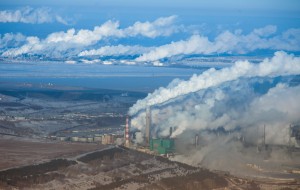 August 2, was an important day for the environment.  It was the “overshoot day”.  The “overshoot day” is the point when humanity’s demand on renewable natural resources exceeds the annual supply that our planet can regenerate.  More simply, it’s the date humanity has spent our planet’s budget for the entire year.  It is an ecological deficit.

According to Wikipedia, Ecological Debt Day (EDD), also known as Earth Overshoot Day, is the calculated illustrative calendar date on which humanity’s resource consumption for the year exceeds Earth’s capacity to regenerate those resources that year. Ecological Debt Day is calculated by dividing the world bio capacity (the amount of natural resources generated by Earth that year), by the world Ecological Footprint (humanity’s consumption of Earth’s natural resources for that year), and multiplying by 365, the number of days in one Gregorian common calendar year:

With more than five months still left to go in 2017, humans already have spent all of the resources Earth produces to sustain us for the year, according to the latest in a series of annual reports on the demands the world’s population makes on the planet.

The Depletion of Earth’s life-Supporting Capital

The day is the creation of the Global Footprint Network, which says that from this day forward in 2017, “we are drawing down the planet’s principal rather than living off its annual interest. This overshoot leads to a depletion of Earth’s life-supporting natural capital and a buildup of carbon dioxide in the atmosphere.”

Currently, carbon emissions make up 60 per cent of humanity’s Ecological Footprint.  If carbon emissions were cut in half, the date of Earth Overshoot Day would be pushed back by 89 days or about three months.

The key to reversing the trend are reducing carbon emissions and changing the way the world’s cities are planned and developed, as well as changing to more sustainable forms of agriculture, including eating less meat and preserving the world’s fisheries.

By Linda Treasure on August 15, 2017   /   Environmental
Schedule your appointment with a certified profressional today!
Free Estimate