Just in case you missed the latest news about climate change, sustained carbon dioxide levels in the atmosphere have crossed a threshold.  The average broke through the 400 parts per million (ppm) threshold in March.

The headlines have been similar to this one: “We’re Burning through the Earth’s Carbon Budget” and another, “Global Warming Average Carbon Emissions Breach 400 ppm Mark to Enter ‘danger zone’ “.

According to the Third National Climate Assessment Report released on May 6, there is more carbon dioxide in the atmosphere now than there has been in millions of years.”

“Passing the 400-mark reminds me that we are on an inexorable march to 450 ppm and much higher levels”, Michael Gunson, NASA’s global change and energy program manager, said in a statement.  These were targets for ‘stabilization’ suggested not to long ago.  The world is quickening the rate of accumulation of CO2 and has shown no signs of slowing this down.  It should be a psychological trip wire for everyone.” 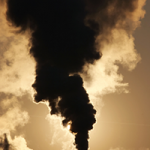 Climate change of this proportion is  significant.  These numbers are important because they signal the changes that are ever present.  These  changes foreshadow what the world looks like for us and future generations.